I love a good breakfast in the mornings, and there’s nothing better than waking up to the smell of crispy bacon and toast. I’ve quite the sweet tooth, so I enjoy the combination of both sweet and savoury dishes in the morning. One of my favourite breakfast dishes is French Toast. Believe it or not, a lot of people are unfamiliar with this recipe. I made it at the weekend for my boyfriend who had never had French Toast before. I’ve made it for a few friends in the past, who were also unfamiliar with this dish, so I’ve decided to share with you my recipe for this divine breakfast. It’s extremely simple, once you make it once, you’ll become addicted!

Using your mixing bowl, pour a quarter cup of full fat milk in, followed by two spoons of vanilla extract. Blend these together, and then proceed to add one egg. Whisk these until blended, then add one teaspoon of cinnamon. Mix well.

You don’t have to do this, but I recommend lightly toasting your slices of bread before dipping them, to give them a light crunch. Hereafter, proceed to dip your slices of bread into the vanilla egg mixture using a tong. Make sure to cover all areas of the slice (but try not to over moisten it, as it will have a greater tendency of falling apart).

Meanwhile, heat your frying pan on a low temperature, slowly melting one teaspoon of butter on to the pan. Using your tongs, place the slice of bread on to the pan and allow it to simmer, before flipping it over. You will know that it is near fully cooked when it becomes a yellow to brown hue. If you wish to cook bacon with your toast, consider cooking this prior to making your toast.

Consider cooking unsmoked strips of bacon (they’re crunchier). You’ll need a separate pan for this. Allow 10 minutes before frying your toast to allow your bacon to cook. It’s advisory to cook your bacon on a bed of oil, rather than butter. When your bacon is fully cooked, I advise wrapping the strips in tissue paper to soak up all excess oil. At this stage, your French Toast should be nearly ready to serve.

When your toast and bacon are ready to serve, consider using additional cinnamon to sprinkle over the sweet toast, followed by maple syrup to give it that final touch! 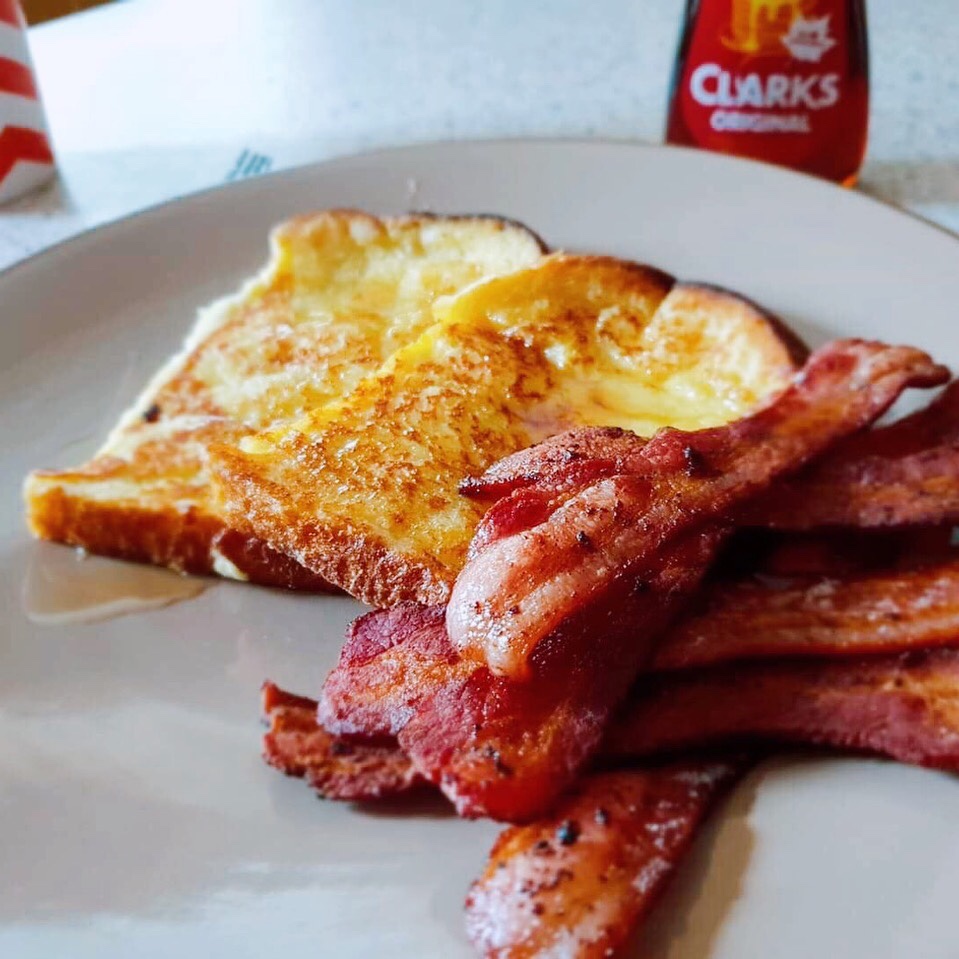